What is Brutalist Architecture? 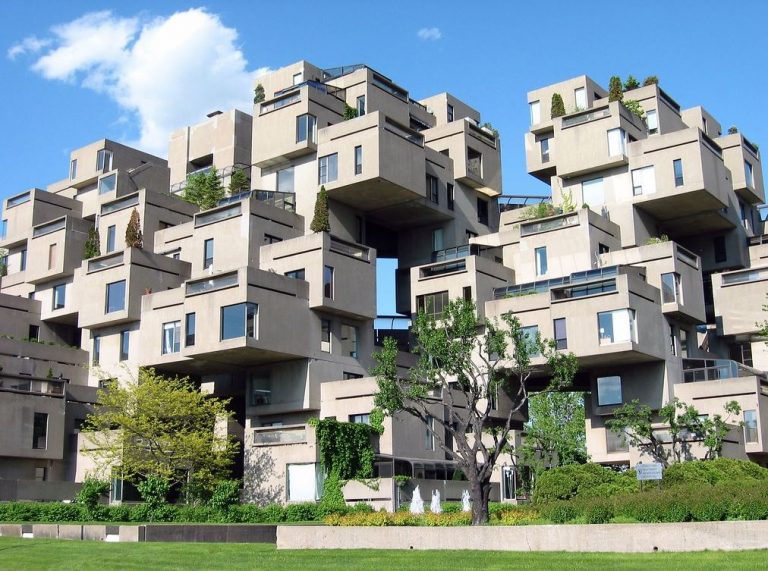 Derived from the French ‘Breton Brut’, translating to: ‘raw concrete’ – Brutalist Architecture, or Brutalism, is a term used for an architectural style coined in 1949 by the Swedish architect Hans Asplund.  This mid-20th century style gained popularity because of its commodity; Brutalism generally uses huge concrete shapes and blocks to create bare, blocky, stark structures. For more info on modern architectural designs, check out my article on Blobism!

What Is A Brutalist Building?

Generally seen on institutional buildings; you may find this style housing a library, social housing or a city hall. This is partially because concrete is one of the cheapest building materials and can be mass produced. Almost like a modular home, in shapes, and then assembled on site.

This is a great example of brutalist architecture in london. The uk has quite a lot o f brutalist buildings as its social housing/residential flats. It is actually now grade 2 listed, meaning it has protected status.

Trellick tower plant room is the glass house at the top of the smaller service tower.

This classic piece of Montreal architecture is an amazing sight to behold. Almost looking like something from Minecraft – this apartment complex is a quintessential display of Brutalism. Habitat 67 is made from prefabricated concrete blocks all stacked on top of one another.

You would be excused to not know what this building was by first glances. Based in Lyon, France, the La Tourette is actually a Dominican Order priory. Le Corbusier brutalist buildings are world renowned in the world of architecture, and this one is significant as it is Le Corbusier’s final piece of work.

This is another one of our buildings that has heritage status – a UNESCO world heritage site for modern architecture.

This monastery boasts floor to ceiling stained glass, and is perhaps more interesting inside than outside. No stone has been left unturned in terms of natural light, and placement of rooms.

The Boston City Hall is often very much disputed. Although a great example of brutalism. It has often been hailed as one of the world’s ugliest buildings . This is common for a lot of brutalist architecture Boston. It is rather a love/hate thing. Because it defies a lot of what people think of ‘architecture’ itself; something functional but also attractive.

Apart from this, it is an incredibly functional building and is a great example of concrete   modernism.

Geisel library is one of the more impressive & prettier examples of brutalist architecture. Based in San Diego, this Library offers panoramic views over  the neighboring canyon. The design was intended to look like hands holding up a stack of books – rather apt for a library.

As you can see the huge concrete diagonal slabs hold up the floor layers of the library.

We hope you liked our Top 5. Maybe you have a different Top 5? We did miss out some key examples such as the great brutalist architecture in chicago and other examples in london. Get in touch if you have another example! We think it’s great to keep learning about historical architectural styles in order to get a feel of what is possible today, and maybe more importantly; What is trending?

We have noticed lately a slight rise in new Brutalist structures which could indicate a Neo-Brutalist revival coming round the corner , so keep your eyes peeled.

Should I Pay A House Removals Company To Move Fine Art and Other Precious Items?

When you’re figuring out the specifics of your house move, it’s easy to brush off the need for a removals company. This is especially true

Is A Mirror Considered Furniture?

Most of us will look into a mirror of some description during the course of our day. In fact, we probably do so multiple times

How to Make Your Home Environmentally Friendly

Almost all of us have an opinion when it comes to the condition of the environment. We feel sad, worried, and fear what may happen

Few things in life compare to the joy of having a home. Sure, kids, friends, and good health are great, but nothing compares to the

Home decor can be a challenging task to master. Particularly for those wanting to keep up with the latest, modern interior trends, whilst putting their